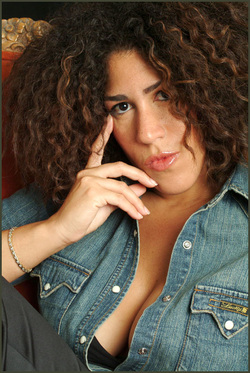 _ The Strand's Board of Directors is thrilled to announce that two talented women have been tapped to succeed Founding Artistic Director Jayme Kilburn.

As a friend of the Strand, we wanted you to hear it first directly from us, before the rest of Baltimore learns about this dynamic duo in tomorrow's Baltimore Sun.

Rain Pryor, the Strand's new Artistic Director, is an internationally known producer, writer, and performer. Rain created and has toured in an award-winning show based on her life, Fried Chicken and Latkes. She may be best known for playing T.J. on ABC's Head of the Class and Jackie on Showtime's Rude Awakening. She'll be seen next in the upcoming HBO film about Sarah Palin, Game Change, starring Julianne Moore. Her stage credits range from playing the title role in a UK tour of The Billie Holiday Story to Eve Ensler’s The Vagina Monologues. Rain is also an acclaimed jazz and blues vocalist and recording artist. In June, she will direct the final production in the Strand’s current season—the Baltimore premiere of Well by Lisa Kron. Prior to that, she'll direct The Exonerated at the University of Baltimore (March 8–10) and perform Fried Chicken and Latkes at New York's Abingdon Theatre Arts Complex (April 18–22).

Rain says: “I am excited to be a part of the Strand family and the larger theatrical community. I am looking forward to building upon what Jayme created. My goal is to create theatre that pushes us to the edge with irreverent, poignant, emotional, psychological, and aesthetic pieces. We have a great opportunity to place Baltimore on the regional map of great places for interesting and fresh takes on theatre. I want to be a participant in the family of that creation.” 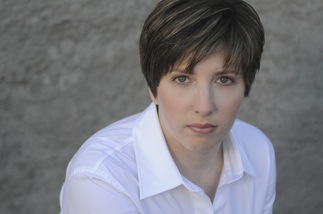 _ Elena Kostakis, the Strand's new Managing Director, is the former Executive Director of the Baltimore Theater Alliance, where she excelled in securing financing and expanding programs and services on behalf of the local theater community. Elena is a true visionary in theater arts management whose expertise and experience will help secure a very bright future for the Strand. Also a theater artist, Elena will next be seen in Tina Howe's Coastal Disturbances, upstairs at Fells Point Corner Theatre (February 17–March 4).

Elena says: “I am thrilled to join the theatre whose work I’ve admired and whose mission I find important and inspiring. The Strand has established itself as a vibrant member of Baltimore’s theatre community. By further strengthening the infrastructure and fiscal health of the organization, I look forward to building a platform for continued artistic excellence and organizational stability.”

While we are very excited to introduce you to Rain and Elena, it is bittersweet to say goodbye to Jayme Kilburn. Truly the visionary and driving force behind the Strand since its inception, she has challenged her artistic collaborators and audiences with each new production. Since launching in 2008, the Strand has presented 15 full-length plays, including six world premieres; offered 75% of the artistic positions on its productions—as playwrights, directors, designers, stage managers, and actors—to women; provided affordable theater space to many organizations and independent artists, most notably Baltimore Improv Group; and played an integral role in the revitalization of the Station North Arts & Entertainment District. The result of Jayme's herculean efforts as our fearless leader: in August 2011, the Strand was honored as one of Baltimore magazine’s “Top 5 Baltimore Theaters,” along with CENTERSTAGE, Everyman, the Hippodrome, and Single Carrot.