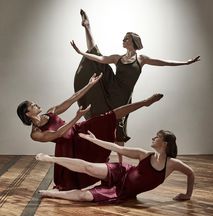 Photo by Brion McCarthy
Full Circle Dance Company Presents - She Rises: Strength, Soul, Survival
April 8, 9, 29, 30
Fridays-Saturdays at 8pm, Sunday at 2:30pm
She Rises is an evening of intimate works by choreographers from the region and beyond that together shine a light on women’s creativity, individuality, and resilience. Touching on such issues as race, motherhood, history and memory, and perseverance, these works invite the audience on a journey that is both physical and emotional.

Photo by Kevin Stanley Photography. Graphic Design by Justin Isett
Sally McCoy by Alice Stanley
April 21-23
Friday-Saturday at 8pm, Sunday at 2:00pm
In the midst of the first gruesomely violent event of the legendary Hatfield and McCoy feud, one woman
does what she must to save her family. Sally McCoy tells a harrowing and deeply personal story, while
also taking a hard look at women’s role in history. 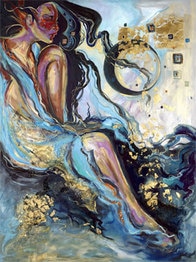 Image by Kathy Ostman-Magnusen
The A Word by Rosemary Frisino Toohey
May 17-21
Wednesday-Saturday at 8pm, Sunday at 2:00pm
THE A WORD looks at the pressures exerted by love, family, career, religion and society on
four young women. A high school senior in a single parent household, the wife of a wealthy
businessman in India, a young black woman struggling to make her name in an all-white office,
and a happily-married mom who’s told her unborn baby has big problems …four women, four
takes on a controversial subject.