We work with young directors all the time who tell us that the job of a new play theater director is “to be a midwife, a conduit, or a facilitator.” They tell us the play (the written text) is a baby and they don’t want to hurt the baby, they want to encourage it to grow and to cultivate its development, but they’re afraid that as it grows they might teach it the wrong set of ethics or values. When we ask these directors about their vision as artists: the way they will work, the ideas they have, they tell us it depends on the script. And of course it does, like any collaborative form, but the work of a director or of any artist is not to wait calmly for the instructions, but rather to create, support, and be supported by the other visions in the room. Words like “conduit” and “midwife” define the director as a person or thing that helps to bring something into being or assists its development. The way our directors were talking, we got the feeling that the role of a director is someone who gets out of the way of the art. This paradigm assumes there is an ultimate answer you can unlock on the page, and that you just need to be smart enough to excavate it and lucky enough to get it into three dimensional space without destroying it. Locating yourself as a facilitator/midwife means that there is a text in the room with one possible interpretation that a director must interpret in the right way or fail at the job. It means the play is yours to fuck up. We disagree with this idea. If there is only one interpretation of a play then the role of a director is superfluous.

How Do We Make It? Directors and the New Theater Landscape
by Michael Rau and Will Davis, published on Howl Round March 23, 2014 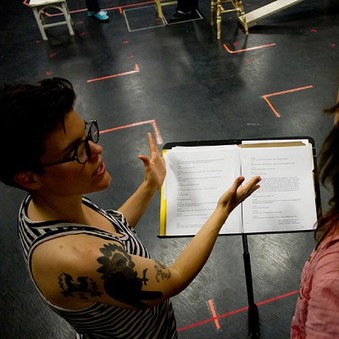 Will Davis
Will Davis is a transgender theatre maker focused on new and devised work. Both kinetic and visceral, you will know Will’s work by the way it moves. Will has developed, directed and performed his precise and physically challenging work with Red Tape Theatre, Salvage Vanguard Theatre, The Duplicates, The Fusebox Festival, New Harmony Project, Orchard Project, Performance Studies International at Stanford University, The Kennedy Center MFA Playwrights Workshop, New York Theatre Workshop, Southern Rep and JACK.

Upcoming work includes productions of COLOSSAL by Andrew Hinderaker with The Olney Theatre Center and Mixed Blood Theatre and the development of two new devised works: PLAYS FOR HORSES a new work for a horse, and THE BOY FROM THE CIRCUS a love letter for the ghost of William Inge. Additionally this summer Will directs the world premier of BRIGHT NOW BEYOND a new musical by Daniel Alexander Jones.

With Michael Rau,Will developed the curriculum and leads the NNPN Kennedy Center MFA Showcase Directing Intensive and the Snow/Summer Camp Directing Workshops at the Strand Theater in Baltimore, MD.

Will is currently a 2050 fellow with NYTW and holds a BFA in Theatre Studies from DePaul University and an MFA in Directing from UT Austin. 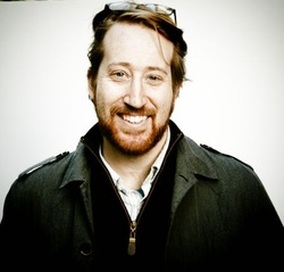 Since 2008 he has been working internationally in Germany, the UK, Ireland, Canada, and Greece. He recently made his German language directing premiere with Thomas Bradshaw’s Was Ubrig Bleibt at Theater Bielefeld. He has also created work in New York City at PS122, HERE Arts Center, Ars Nova, The Bushwick Starr, The Brick, Culture Project, 59E59 and Dixon Place.

He has directed productions regionally in Chicago and Cleveland, and was a guest artist at Wesleyan University in 2011. For New York University he has directed operas including Die Fledermaus, Down in the Valley, and Amahl and the Night Visitors, as well creating four fully staged operas based on the song cycle material using the music of Brahms, Bach, Ravel, and Hugo Wolf. In 2012, his work included Machinal at the Atlantic Theater Company Conservatory, restaging Aida at Opera Santa Barbara, and creating two new productions, a performance piece based on German Lieder and staging of contemporary poems by Erica Wright.

Michael Rau is a recipient of the Willard Fellowship from Columbia University (2007). He also received the 2006 Kennedy Center Directing Fellowship, a 2007 New Play Network Directing Fellowship and a 2008 TCG National Conference Grant. He was an Artist-in-Residence at the Tribeca Performing Arts Center for three years, and is on the faculty of the Steinhardt School of Music at NYU.

He is the artistic director and co-founder of Wolf 359, with playwright Michael Yates Crowley. As a theater company they have been working together since 1998 and their production of Righteous Money has been on tour since 2009 and has visited Berlin, Dublin, Edinburgh, and had two runs in New York City. Their production of The Ted Haggard Monologues was awarded the undergroundzero prize for Artistic Excellence, selected by New York Magazine as a “Critics Pick” and filmed by HBO.

Outside of his company, his devised work includes the games we used to play, which he co-created with Max Goldblatt, took first place at Les Fêtes théâtrales du Suroît in 2005, and Absent with Jeremy Paul which used the entire span of the Detroit-Superior Bridge in downtown Cleveland. His production of Four Saints in Three Acts was selected as a noteworthy production of the 2008 Opera America Director/Designer Showcase. His production of The Great God Brown was exhibited as part of the 2011 Prague Quadrennial.

He has served as an assistant for Les Waters at A.R.T., Robert Woodruff at San Francisco Opera, and John Turturro at Classic Stage Company. He was selected as Young American Artist for The Glimmerglass Festival where he assisted Anne Bogart on her production of Carmen, as well as Leon Major’s production of Later the Same Evening, and Francesca Zambello on the world premiere of Tony Kushner and Jeanine Tesori’s opera Blizzard on Marbleheadneck. He also continued his collaboration with Francesca Zambello on her production of Showboat at the Lyric Opera of Chicago, and on her production of Aida for the Glimmerglass festival. He is a member of the Lincoln Center Directors Lab, and a graduate of Wesleyan University and received his MFA in Theater Directing from Columbia University. www.michaelrau.com